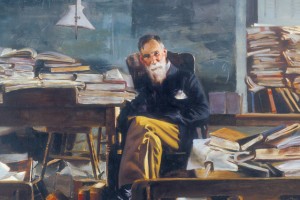 Painting of Professor Francis A. March, the first person to hold the title of ‘Professor of English Language and Literature’ in the United States.

In his history of literary studies in the United States, Gerald Graff writes that the “pioneering program in English [was] begun at Lafayette College in 1855.” The founder of English studies at Lafayette, Professor Francis A. March (pictured above in his classroom) was “the first to hold the title ‘Professor of English Language and Literature’ anywhere in the United States or Europe.… He formulated concepts about the teaching of English in college and about the role of liberal arts colleges that still resonate with relevance and original insights,” according to the editors of a recent collection of March’s essays.

The Department of English is housed in historic Pardee Hall (below) facing Lafayette’s main quad (map). Our theaters are in the Williams Center for the Arts at High and Hamilton Streets, with additional theater facilities slated for construction on the North Third Street arts campus. For both Pardee Hall and the Williams Center, parking is in the deck on Plant Operations Drive, off High Street (handicap parking for Pardee is in the lot at the east end of Pardee Hall). 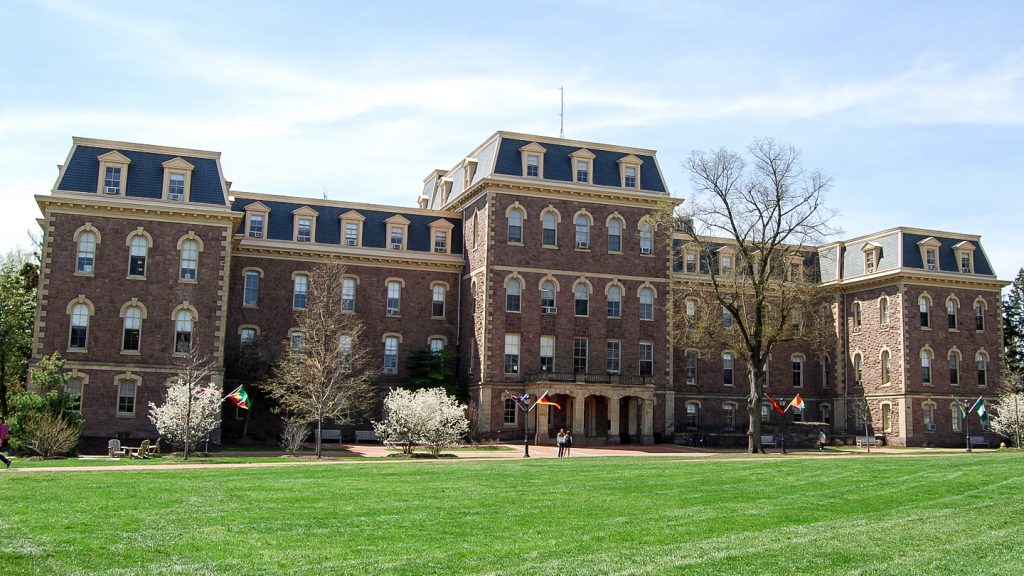 Our departmental office is 316 Pardee Hall. Faculty offices are located on the first three floors of Pardee.

Lafayette College is on College Hill in Easton, a Pennsylvania town on the Delaware River. Founded in 1752, Easton is part of the Lehigh Valley, a Pennsylvania/New Jersey metropolitan area of 800,000 people. We are  58 miles north of  Philadelphia, 70 miles west of New York City, and 10 miles north of pastoral Bucks County. Easton is served by the Lehigh Valley International Airport (ABE) and Newark Liberty International Airport (EWR).

Our Pulse Our People